THANK YOU FOR YOUR SUPPORT!

UPDATE: 12/17/2014 - Getting my money back, I had to sign an affidavit that I destroyed the phone, which I did - AFTER taking tons of photos - SCROLL TO BOTTOM to see pics! 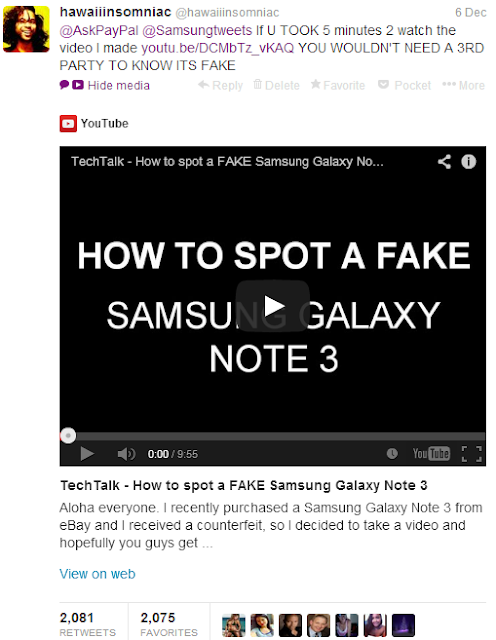 MORE PICTURES WILL BE UPLOADED SOON.

IF YOU'RE DEALING WITH PAYPAL - SCROLL TO THE BOTTOM!

SARCASM - Paypal doesn't even click on the links before they respond!

@hawaiiinsomniac Hi, You are very welcome! We are here to make your all your transactions awesome ;-) ^AT
— Ask PayPal (@AskPayPal) December 2, 2013


I recently purchased a  +Samsung Mobile Galaxy Note 3 from +eBay and I was so excited to get the package, after all, I waited an entire week before the package arrived.

After opening the package, I grew with anticipation, I have been wanting a Galaxy Note 3 for quite some time.  Unfortunately, the more I played with the device, the more I felt that it was not quite right.  Some people have been asking me, why shop on eBay in the first place?! Well, as an English teacher, my salary isn't that great and I don't mind buying used goods for myself.  In fact, I've been an eBay customer since 2006. 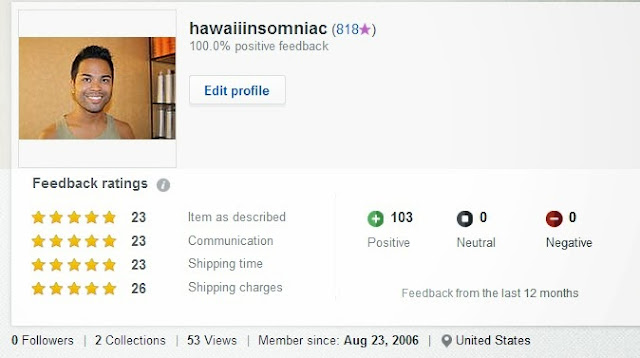 First, the stylus didn't seem right, I've watched enough videos (in anticipation of my device) to know that this stylus was a fake.

FAKE STYLUS: The "button" was a fake, not to mention the tip was too big.
For new buyers, the phone will open "Air Command" once you remove this stylus, so you would think that it was real - DO NOT BE FOOLED! 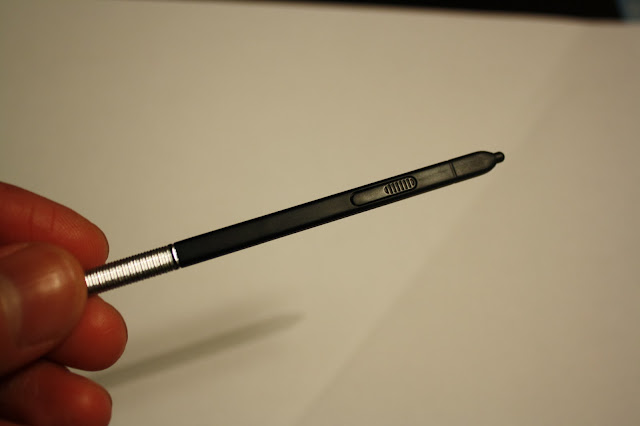 REAL STYLUS: Major difference, there is the logo on the handle.  Another main difference is the button is actually two-toned (and press-able).


Besides the stylus, you are buying a PREMIUM phone.  Any bleeding from the display (SEE VIDEO), discoloration or cheap feeling from the phone should raise flags.  In fact, my phone when turned on, did not even show Samsung, it showed Android.  The fastest way to see if you have a FAKE NOTE 3 is to download an application: aptly titled Genuine Galazy S4/Note 3.

Once you open the app, it will automatically tell you at the top if you have a Genuine Samsung or a FAKE! 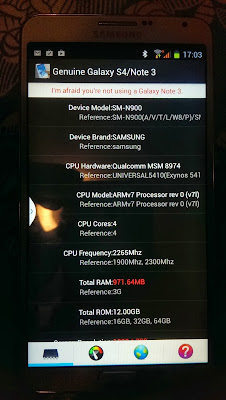 If you prefer, here is a video where you can see that this phone is a fake.

If you have a genuine phone - congratulations.

If you have a fake and you bought it from eBay, file a claim immediately!

To prevent this from happening to you, here is some advice:
1) Always pay with Paypal - if you are purchasing from eBay, directly sending bank transfers does not cover you from this type of transactions.

NOTE: I have filed a claim with Paypal, and they have asked me to provide documentation from an unbiased 3rd party.  I have included a screenshot of my fake phone, but I am not sure if it is enough.  Most 3rd party companies, such as a dealer, will probably not write this letter since you didn't buy the product from them, and this is assuming you live in the city or in the suburbs where you have access to a 3rd party company. 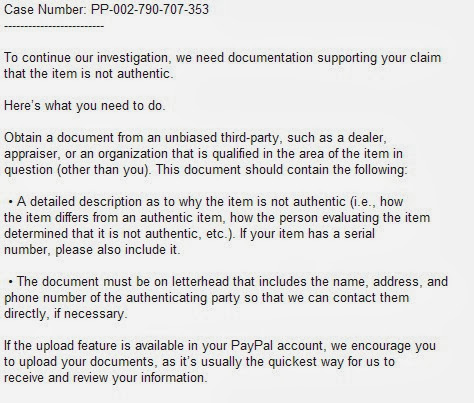 UPDATE: 12/01/2013 - Unfortunately eBay will only accept this "LETTER" from a 3rd party.
This phone is so blatantly fake that it's ridiculous! 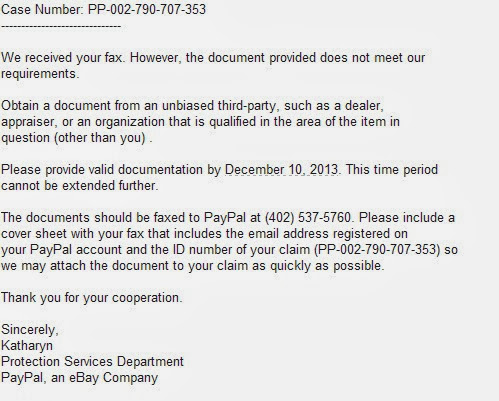 Example, when I sell items on eBay, I take a picture with my USER ID someone on there, so you know I have the item in hand. 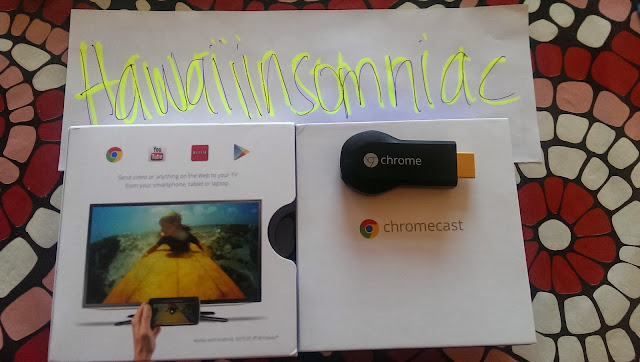 PROBABLY FAKE: This was the picture used by the person who sold me the counterfeit Samsung device!
Stock photo, with no differentiating factors. 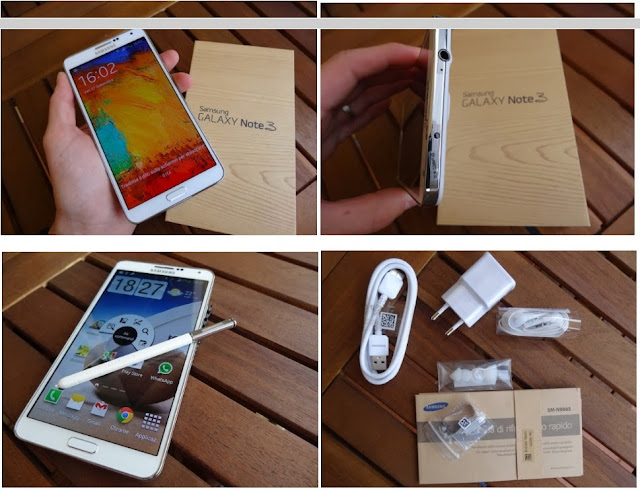 UPDATE: 02DEC2013
According to Paypal - since they are an INTERNET company, they can only accept a letter from a 3rd party.  This is really unfortunate as most companies will not write a letter for anyone, since #1) I didn't buy the cell phone from their store, #2) it's the holiday season - they're actually going to be busy helping paying customers. #3) #DUH

+PayPal has lost all common sense in this situation.  Obviously they haven't tried going into a T-Mobile store and asking if they can write a letter that this phone is fake. 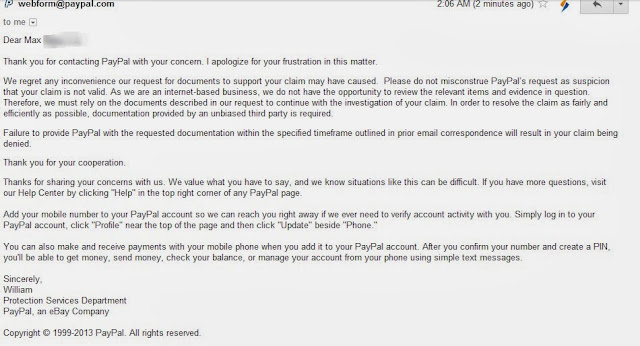 I have sent Paypal various documents, pictures, faxes, chats with Samsung, emails from Samsung - but it will not WORK!

THEY WILL NOT WANT ANYTHING EXCEPT A LETTER FROM A 3RD PARTY WITH THEIR CONTACT INFORMATION -  WHICH SAMSUNG CANNOT PROVIDE. WHY?  The sticker on the back shows that its a real Samsung phone (even though we've seen here and the video its blatantly a fake)

What you can do is confirm what carrier the phone is for.  For me, my model number is SM-N900-T so its for T-Mobile.  Hopefully there is a cell phone carrier near your area. 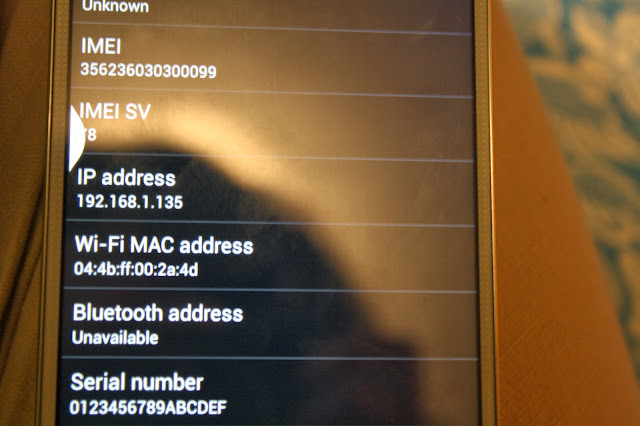 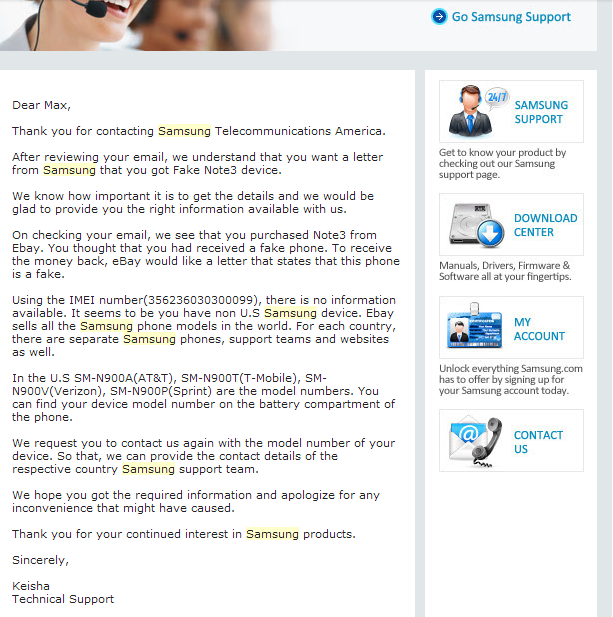 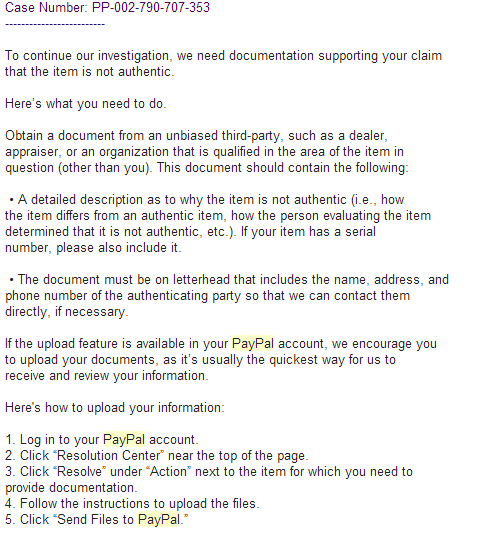 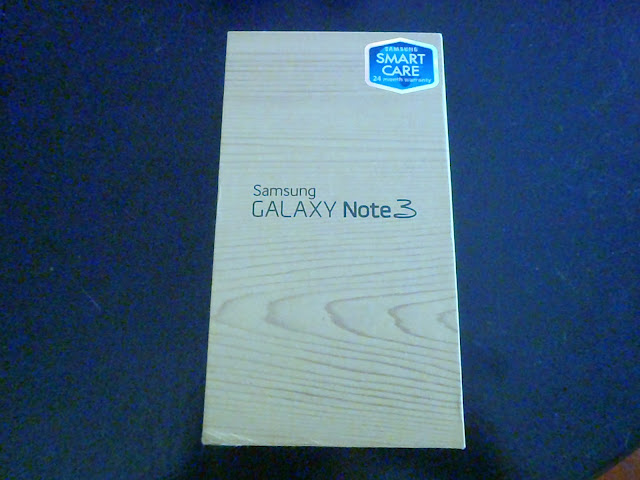 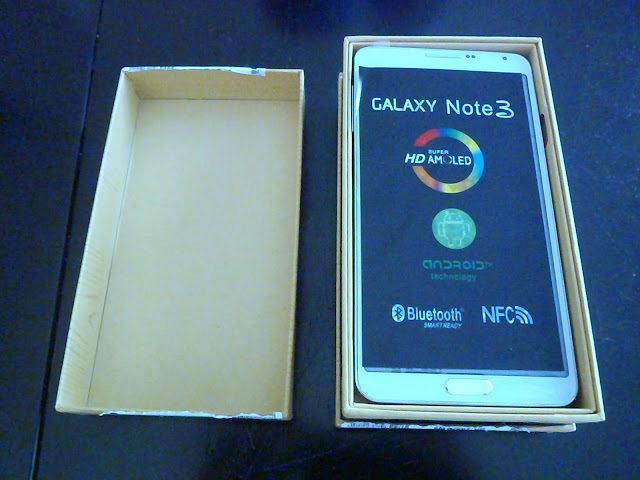 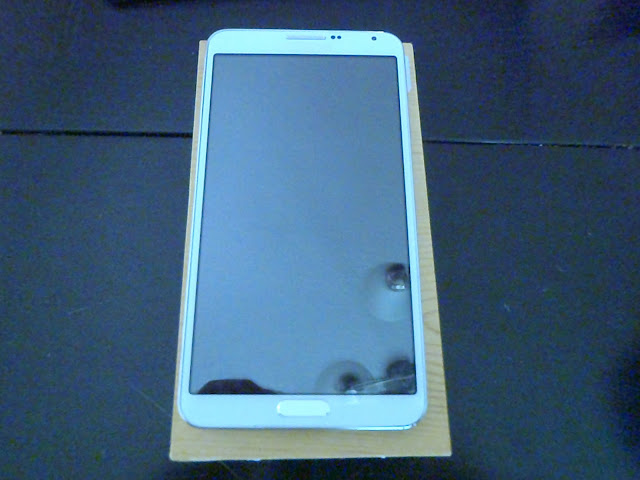 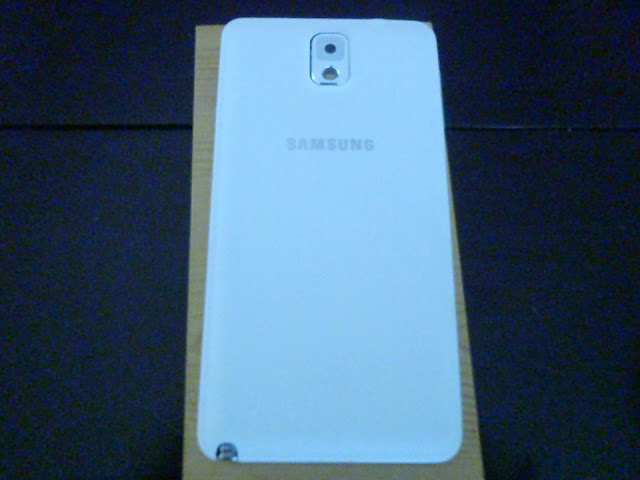 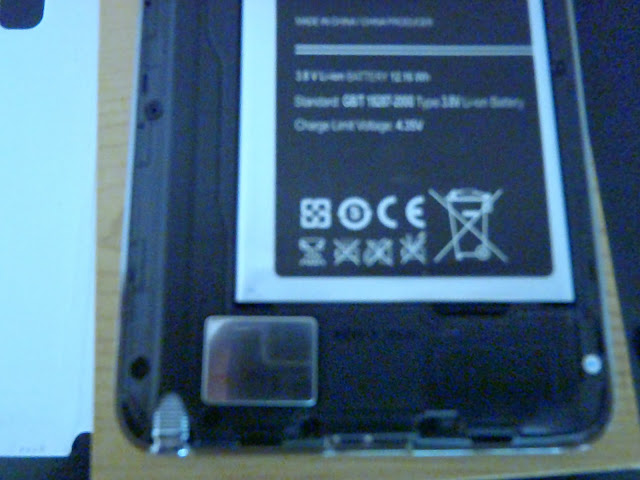 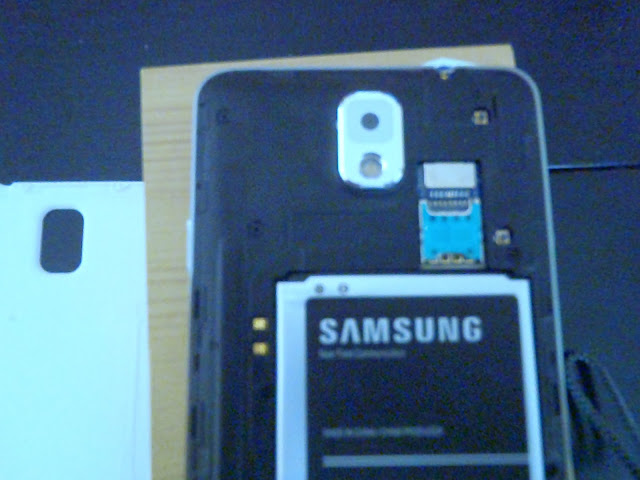 One of the prerequisites to get your money back from Paypal is to sign an affidavit that you destroyed the item.  How do you do that?  Well, you can just throw it away, I was inspired by chopped and I decided to cook an omelette.

CHECK OUT MY YOUTUBE VIDEOS HERE:
http://www.youtube.com/user/hawaiiinsomniac/videos
Mahalo for reading. Until next time.
Written by Unknown